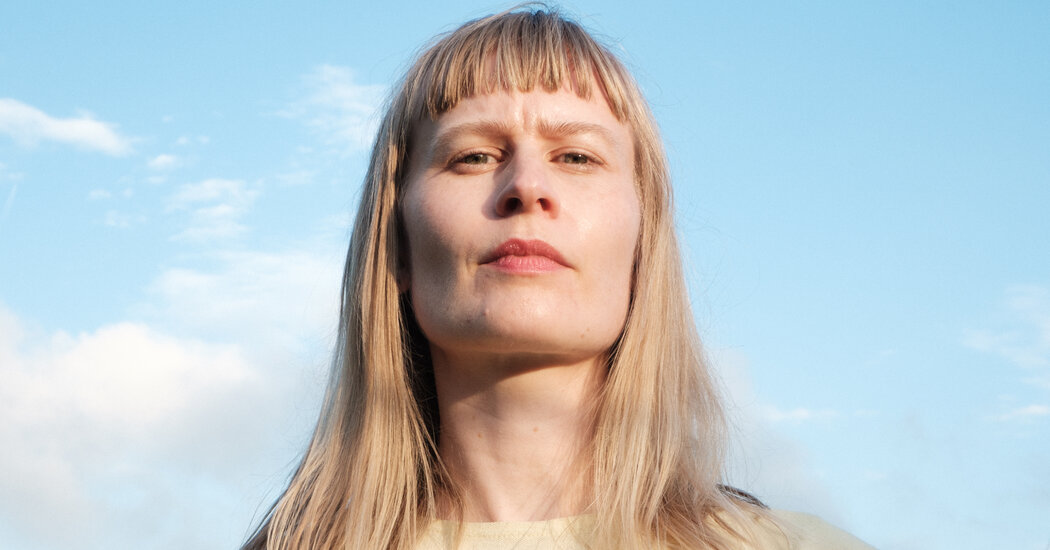 
For many artists, self-consciousness is almost an enemy: a barrier against free-flowing inspiration, a choke point for creativity. But the prolific Norwegian artist Jenny Hval — a singer, songwriter, musician, producer, poet, video director and novelist — treats self-consciousness as a constant, even welcome companion.

Hval’s songs continually question and deconstruct themselves, both in lyrics and music. She juggles reminiscence, fantasy, sociopolitical analysis and philosophical reflections as easily as she wanders in and out of pop structures, Minimalist drones and ambient assemblages. And she sings in a wiry, reedy voice that’s by no means as guileless as it sounds; there’s always an intellectual superstructure. “I’m so tired of subjectivity/I must justify my presence by losing it.” she sang, airily, on “Female Vampire,” a 2016 single.

“Classic Objects” is Hval’s sixth studio album under her own name, following two early albums she made as Rockettothesky and numerous collaborations, singles and EPs. The new album presents Hval at her most approachable, with upbeat tunes and consonant sounds, both acoustic and electronic. On previous albums, like “Apocalypse, Girl” (2015) and “Blood Bitch” (2016), Hval has confronted, often with taboo-breaking ruthlessness, the physicality and ideological implications of being a woman in the 21st century. But on “Classic Objects” her primary concern (among many) is life as an artist.

Recording in the solitude of quarantine, she wrote in a statement, “made me want to write simple stories.” But as with Hval’s other work, they didn’t stay simple. “My problem was that I found that the music component in the writing process made the words stray from their path and even jump into the absurd,” she wrote.

“Year of Love” opens the album with what could have been a breezy pop song; it quickly shifts to cerebral instead. Triangle and guitar set up a light tropical syncopation, but Hval’s melody is in a minor key, and after a potentially romantic opening line — “We got married on a rainy day” — she turns instead to larger societal considerations: “In the year of love I signed a deal with patriarchy.”

In the next verse, she recalls playing a concert and seeing a man propose to a woman mid-song. The track becomes a polytonal blur, as if the remembered song is playing atop the current one; she sees her own intentions for her old song ignored, as “all it does is light up a proposal, a normcore institution.” Her art has been misunderstood and hijacked; “All contracts can be sung in my voice,” she realizes. Meanwhile, she has layered in more guitars and percussion; by the time the track ends, it struts like a samba.

Hval brings that theorizing impulse and omnivorous ear to every song on the album. “American Coffee” floats on sustained organ chords for its first half while Hval recounts her mother’s fears and her own. The track grows into a full-blown rock march as Hval celebrates reinventing herself with “a fine arts degree” and a bloody medical epiphany; she also tries some South Asian qawwali-style vocal inflections and wonders whether she could “quit everything, music and identity.”

She can’t quit either one, but she can warp and examine them in illuminating ways. “Jupiter” starts with a visit to an art installation in the desert town of Marfa, Texas, expands into an anthem that ponders art and language, then dissolves into three-and-a-half minutes of synthesizer drones and whispered conversation.

Hval’s music is blissfully but unobtrusively diverse. In “Classic Objects,” tabla drums patter as Hval recalls that “At times I have been obsessed with connecting to materials and textures”; a more forthright rock march emerges as she turns to the pragmatism of stage props. “The Revolution Will Not Be Owned” harks back to 1960s jazz, with rippling, modal piano chords and a consideration of art versus commerce: “This song is regulated by copyright regulations/and dreaming doesn’t have copyright,” she sings. That’s when a beat, as sustaining and confining as a legal framework, materializes behind her.

Hval works simultaneously on macro and micro levels. In “Year of Sky,” blipping synthesizers evolve into Philip Glass-style organ arpeggios as Hval — in her highest, most childlike register — strives to perceive both the minute insect realm and the expanding universe. They’re all within her grasp.

Is It a Good Idea to Pay Off Credit Card Debt with Your Retirement Account?

Treacherous Trudy is an Absolute Badass But Is She Real?